Reasons why we should have construction apps for field workers

Working out in the field poses a unique set of challenges. Among the most significant is a lack of access to outside administrative help. All construction workers have an administrative burden to bear: for every job that’s done, there’s a record to keep and a form to fill in. In many cases, workers have neither the time nor the skill set to do this effectively.

Happily, technology is able to lend a hand: now, everyone walks around with a powerful administrative device in their pocket. Naturally, it’s younger workers who are leading the way on smartphone adoption. According to Statista, around 95% of people aged 16-24 own a smartphone; this contrasts with just 51% of 55- to 64-year-olds. But the more interesting trend is that the rise in smartphone adoption is at its sharpest among older working-age people; in 2012, the figure was just 19%. In another five years, the technology might well be ubiquitous among every age group.

In order to take advantage of this hardware, we need the right software to interface between the user and the data they’re inputting. This software comes in the form of the app.

How can the right app help? 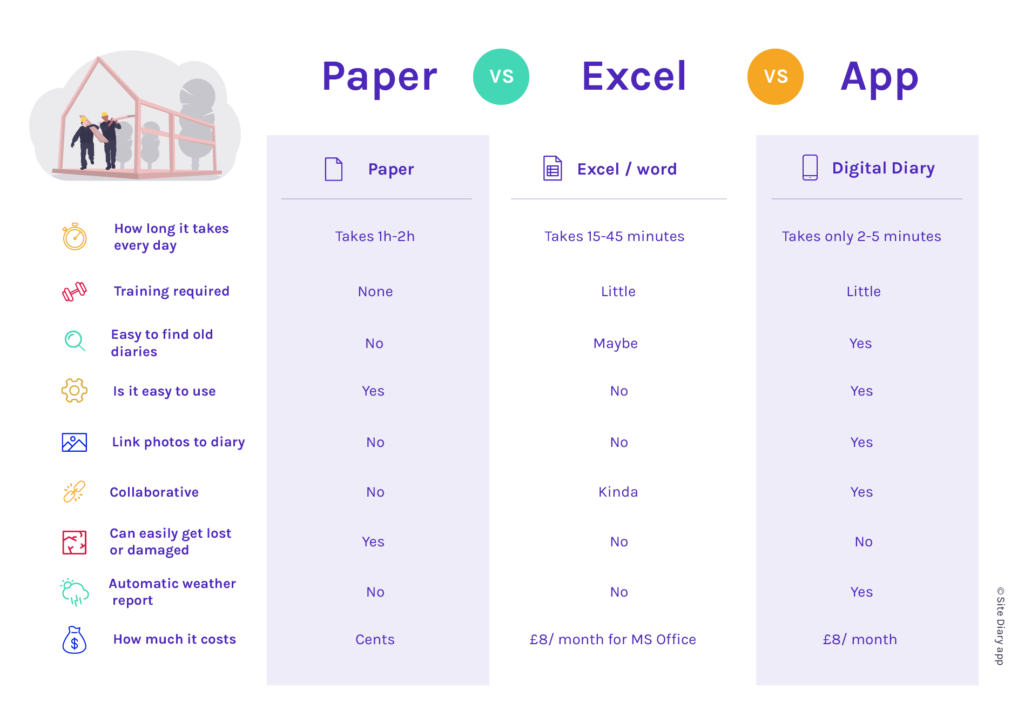 Widespread digitisation has yielded enormous benefits for some industries and created others from nothing. Construction, of course, is an industry where cloud-based communication and record-keeping delivers substantial positive results. The smartphone is of such importance to the modern construction worker that established brands like Caterpillar have turned their hand to making a new breed of rugged, construction-site-focused smartphones.

With the help of the right app, site managers can monitor and direct what might be a very fluid workforce. They can also protect themselves against disputes through accurate record-keeping, and we can make life easier in innumerable other ways. Just think of a site-diary application, which allows every worker on a given site to keep a centralised record of their activities. This cuts down on administrative costs for everyone involved, and provides site managers with a wealth of up-to-the-minute information.

How can the wrong app hinder? 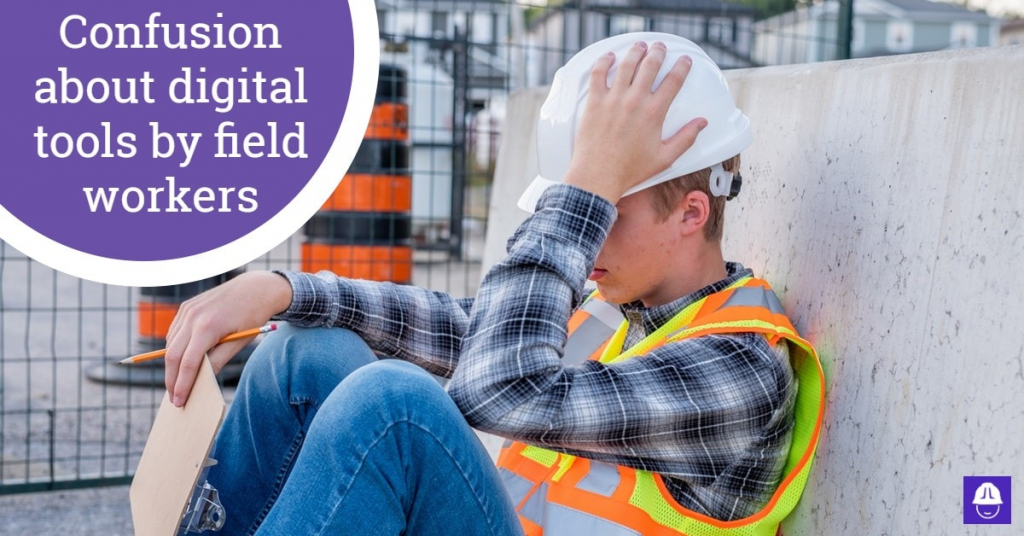 A poorly designed app, on the other hand, can often be more trouble than it’s worth. Off-the-shelf solutions might lack a particular function that’s required, or be bloated with superfluous functions that hinder progress.

In practice, a simple construction app is almost always better than a complex one. Like any piece of machinery, the more moving parts, the greater the likelihood something will go wrong. Niggling bugs can drain manpower and patience just as easily as a poor design – and ironing them out costs money.

Complex applications also place a strain on a device’s system resources. An app that becomes slow and unresponsive is not going to be pleasant to use – particularly if there’s a heavy workload that the worker would rather be getting on with. Bear in mind also that not everyone owns a current smartphone; a good app will need to work well even on hardware that’s several years old or more.

Another obstacle comes in the form of the workers themselves. If the interface is clumsy or un-intuitive, workers will take longer to get to grips with it – and many of them might resent that they’re expected to! If the app really is arcane, and requires hours of study to understand, then we can hardly blame them for this attitude.

Besides being a source of irritation, cumbersome software will also rob a project of precious manpower. If a worker spends seven-and-a-half hours a day working and the other half-an-hour peering into their smartphone, the loss of productivity will be substantial. And it’s not just the time we’re talking about – having to puzzle out a difficult application requires concentration, which can contribute to stress over time.

The importance of adaptability 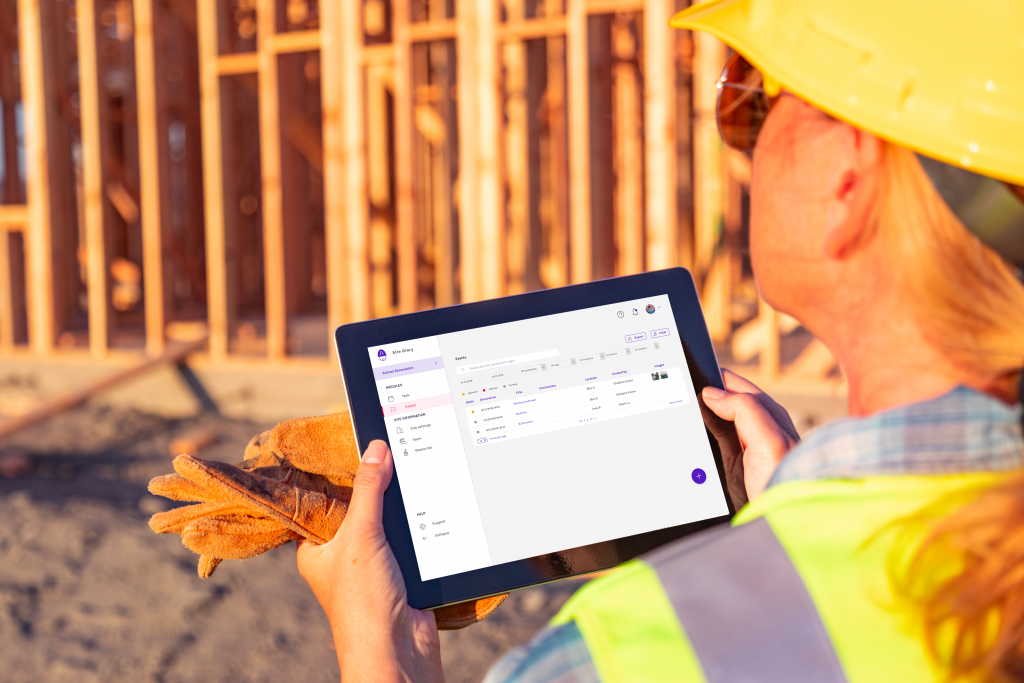 The solution is to find an app that can be picked up by anyone in a matter of minutes. This means thinking about how site workers operate. The best way to do this is often in collaboration with the workers themselves; by asking them for feedback on, say, a site diary, you’ll be able to refine the software until it exactly matches their working methods.

In construction, there can be tremendous variety between jobs. One week you might be helping to build an enormous leisure centre, the next you might be doing a kitchen conversion. We should also consider change over time. In the construction industry, working practices are constantly evolving – and the pace of this change is greater than ever. The software that powers a project should be able change also.

The changes should be informed, to the largest possible extent, by feedback from those using the app. This feedback can be obtained by directly asking workers about their experience, and by tracking important performance metrics – like how long a user spends on a given page.

Software design is an iterative process, with incremental improvements made with each successive release. If the software being updated is simple, then these improvements will be more easily made – and less prone to introducing unanticipated bugs and errors. This means that each changeover can be made as smooth as possible, which in turn means that new versions of the app can be created more frequently in response to abrupt changes in market conditions.

Modern smartphone software provides the construction industry with an invaluable means of improving its ailing rates of productivity. But not all smartphone applications are built the same: while some can help to cut down on the administrative workload and provide a wealth of actionable data, others can cause problems. Among the best ways to ensure that software has a positive effect is to start with the right design: one that’s simple, adaptable, and tailored to the needs of a given workforce.