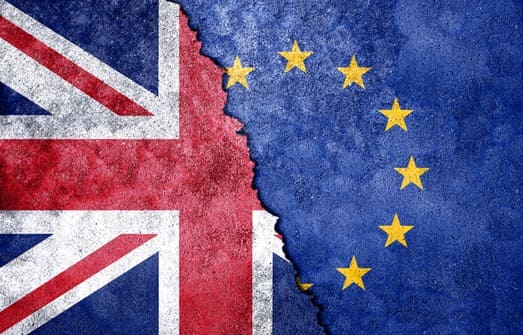 Post Brexit: How can technology lead to recovery in the Construction Industry?

There has been a lot of discussion recently surrounding the state of the UK economy following Brexit and a possibility of a “No Deal” Brexit, however different industries will be effected by this change more than others. The question in mind is “how will the Construction Industry fair?” and “What is going to be done to resolve the problems associated with Brexit?” Quite simply, no one knows exactly how industries will react following the Brexit outcome in March however educated predictions from industry leading experts suggest that the Construction Industry will be one of those hit the hardest with the likelihood of skills shortages, a reduction in funding and a possible housing crisis. With threats such as these to the industry, we begin to look at how innovations in technology could be the answer to improving productivity and meeting the skills shortage likely to hit the market.

How will a skills shortage impact the industry?

The shortage of labour from the EU could be highlighted as one of the largest threats to the UK construction industry following Brexit as the current industry is highly dependable on foreign EU workers, ranging from low skilled roles right up to senior management roles. Within the current market, the number of British workers within the industry would fail to meet the demand from the industry, leading to higher predicted costs as a shift of bargaining power occurs allowing workers to expect higher wages. This change in bargaining power is predicted to increase costs to Construction firms in the UK considerably which combined with the Government’s ambition to build 300,000 homes a year by the mid 2020s is likely to lead to a future possible housing crisis. It is predicted that the snowball effect from Brexit will inevitably reduce the capacity of construction firms to meet the Governments housing targets which will hit cities like London the hardest where a demand for housing continues to grow.

How does funding impact the future?

Originally, an answer to an increase in costs within the industry would have been supported by the introduction of additional funding in order to aid the development of the market however, as the UK has been one of the biggest benefactors of EU funding, this is likely to have a serious impact on future developments. Industry experts have predicted a large uncertainty surrounding large construction projects such as HS2 and Crossrail as a result of the UK’s departure from the EU in March as the transition will lead to a large reduction in funding from the EU market. On the other hand, pro brexitiers argue that the departure will open up opportunities to secure funding from other sources as well as the anticipated saving predicted through the removal of the UK’s monetary contribution to the EU. However, the only thing that is certain is that the position following Brexit remains un clear and that regardless of the outcome, one of the largest challenges for the industry will be to secure investment by being seen as a favourable option for investors regardless of political domain. 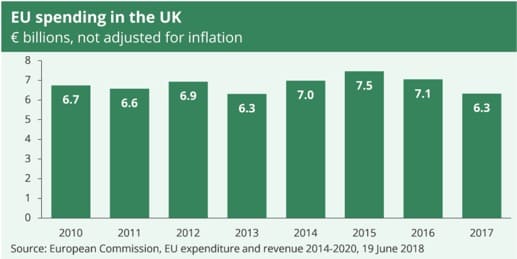 Brexit and the possible housing crisis

The government recently committed to building in excess of 300,000 homes a year by the mid 2020s to meet the current demand from home buyers in the UK. Although the UK is experiencing promising rates of demand currently, the negativity surrounding Brexit is leading to considerable doubt within Investment in housing. Gleeds, a leading property consultancy found that 66% of industry contacts believed that Brexit uncertainties are having a large negative impact on the sector, with 24% preparing for conditions in the industry to get worse post decision day. It has been highlighted that a key driver of growth in the industry has been the increased demand for residential property with schemes such as Help to Buy maintaining buyer confidence. However, as we draw closer to the decision date, industry experts predict that the buyer demand will drop dramatically as confidence weakens, leaving Construction firms in an unfavourable position. 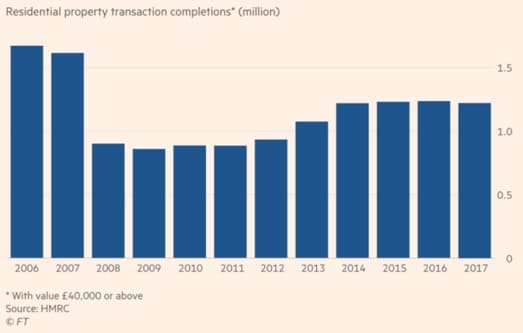 Fears are that the market will become stagnated as the market in a sense freezes due to a loss in demand to both buy and sell property in the UK, which in an already fragile market could lead to a large economical pillar such as the Construction Industry to suffer considerably.

Industry experts predict that the negatives the sector will face as a result of Brexit will act as the must needed catalyst to improve innovation within the industry. The likelihood of an increase in costs leads to the introduction of new innovations within a market to improve the work processes, with these innovations impacting all areas of the industry ranging from machinery to work on site and office based working. With the introduction of new technology, new benefits emerge such as greater collaboration, reduced costs, reduced build times and a reduction in un planned issues.

An increase in innovation is crucial to the success of the construction industry post Brexit if firms wish to meet the housing targets set out by the government. Due to the likelihood of times of difficulty, the increase in innovation will drive forward the industry as it tries to meet the demand from buyers and minimise costs associated with a post Brexit market. As a result of a skills shortage and a reduction in funding, the success of the industry lies with new sources of innovation to reduce costs whilst increasing productivity on projects.

Although the popular opinion is that sources of new technology is key to maintaining stability in the UK construction industry, it is important to remember that different sources of innovation provide different benefits to their users therefore using the correct source of innovation is more key than ever. As the future of the industry is predicted to become technology dominated post Brexit, it is crucial for firms to start with the correct technology in their target of reducing costs and increasing productivity. With the importance highlighted by Balfour Beatty’s recent report: Innovation 2050, which predicts that by 2050, construction sites will be predominantly human-free.

Although the industry is currently holding up, as we head into the final three months before judgement day there is a high level of uncertainty surrounding the industry following Brexit and the possibility of a “No Deal” Brexit. One of the greatest worries for the industry surrounds residential construction and how both buyer confidence and a reluctance to build will impact the industry, with the hope that future innovations will successfully help the market to recover through reduced costs and productivity to overcome the predicted negatives associated with skills shortages and a reduction in funding.

It’s fair to say that the future of the market is still highly un predictable and that new sources of innovation will be warmly welcomed in a Post Brexit UK economy!